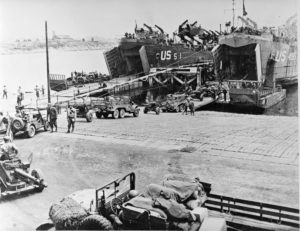 They left here from Barn Pool Beach bound for Omaha Beach during the D-Day landings.

We will be dedicating an interpretation panel to the 29th Infantry Division of the US Army, many of who gave their lives in this and subsequent operations.

The event will be attended by members of the 1 Assault Group Royal Marines from Plymouth plus military re-enactors.
Starting at 12 noon at Barn Pool, we welcome anyone who wishes to joins us to show their respect.

There are lots of exciting things underway here at Mount Edgcumbe and we wanted to share some more d...